Is Your Dryer Vent Clean? Read Why Is It So Important?

A common thing in homes that most people forget about is that having a clean clothes dryer vent is an important thing in your home. Fact is, having a clean vent duct will greatly help to improve your dryers efficiency by allow it to flow efficiently, and just as important it will help to lower the amount of money you are spending on your utility bills every month. But the most important thing about a clean dryer vent is that it will greatly reduce the chance of potential fires starting from this.

A lint trap will only trap some of the lint that comes from your clothes as they are drying, on average only about 60 percent of the lint, meanwhile the other 40 percent slips past and passes through the dryer vent in which a small percentage builds up on the walls of the ducting of the dryer vent. As lint accumulates in your dryer vent it then becomes a huge fire hazard.
Did you know that you only can see a small percentage of the inside of your dryer vent system and that most of it is invisible by looking at it. The only thing that you can see is the exhaust, roof exhaust vent, transition hose and the exterior wall vent if you live in a multi-story unit. The rest of the vent is all confined to your floor joists, attic, walls and crawl space.
Most often when a fire is caused by the problem of lint building up in the ducting it was from an area that was beyond being able to see it from the outside. Confined areas are the most common reasons this happens. Once a fire does start, they are usually not noticeable until it’s too late. In most cases like this, your smoke alarm and sprinkler systems, if you have them at all, will not be able to detect the fire until it has grown to a size that can become life threatening.

Advantages of Cleaning Your Dryer Vent

Saving wasted money – Just think about this: each and every time your use your household dryer through it’s cycle, it is costing you around $1.00 to your energy bill. So by not having a clean dryer vent, you are basically just throwing away your hard earned money.

Save yourself aggravation and time – If you cannot get your entire load to dry in just one cycle, you have to think of all the extra time you are wasting trying to do your laundry. Instead of getting things done quickly, you find yourself wasting time on having to dry your clothes.

Prevent fires – Reports from the National Fire Protection Agency show that there are up to 20,000 fires annually that were caused by a blocked or clogged dryer vent. Hundreds if not thousands of injuries and deaths happen because of this single issue that should never have happened and could have been prevented. Over a hundred million dollars is lost annually in property damage from a fire that started in the dryer vent.

Don’t let this happen to you and your family, contact a professional who will come out and do safety checks on your vent to make sure it does not have a build up of lint inside and blocking or restricting the airflow. 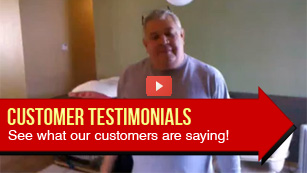